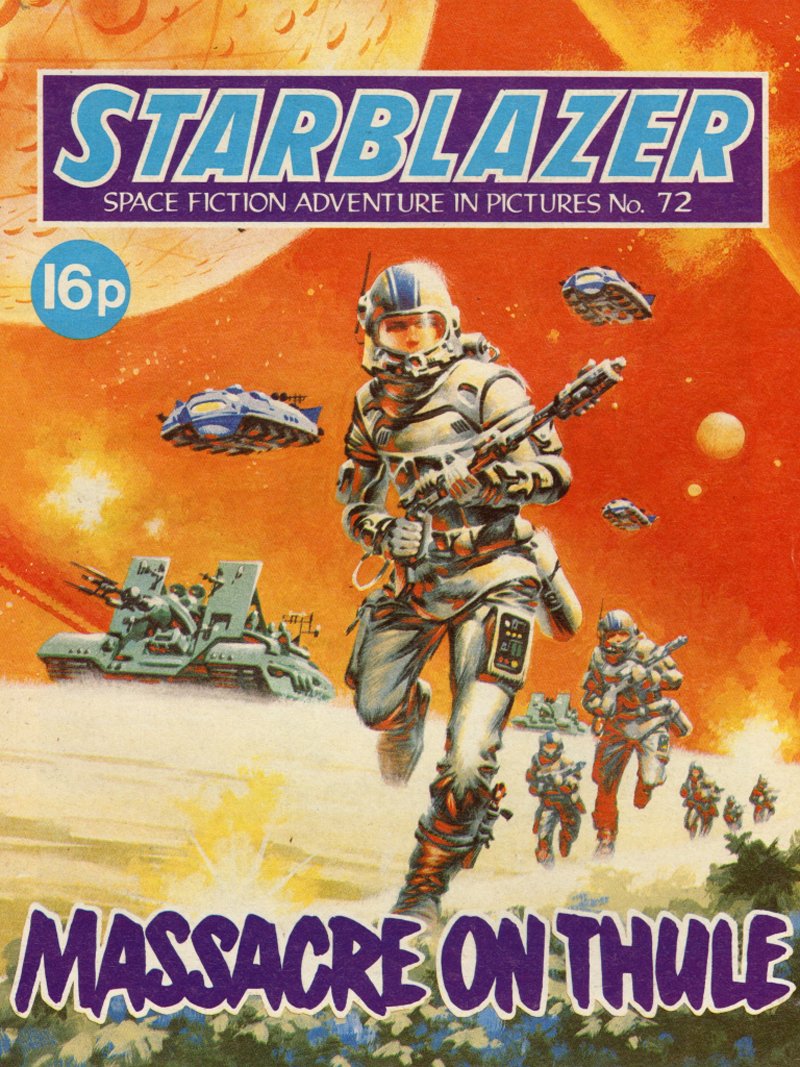 Ian Kennedy, who passed away this week, was one of the greats of the British comic book industry.

Born and educated in Dundee, Scotland, he started work as an artist in 1949 at local media company DC Thompson. He worked on numerous titles including Buster, Starblazer and Commando and later Star Lord, Eagle and 2000AD, all very familiar to British schoolkids in the 1970s and 1980s. I was familiar with his iconic Starblazer covers as well as his work in 2000AD, including M.A.C.H. 1 (Britain's answer to the Six Million Dollar Man), Invasion and, of course, Judge Dredd.