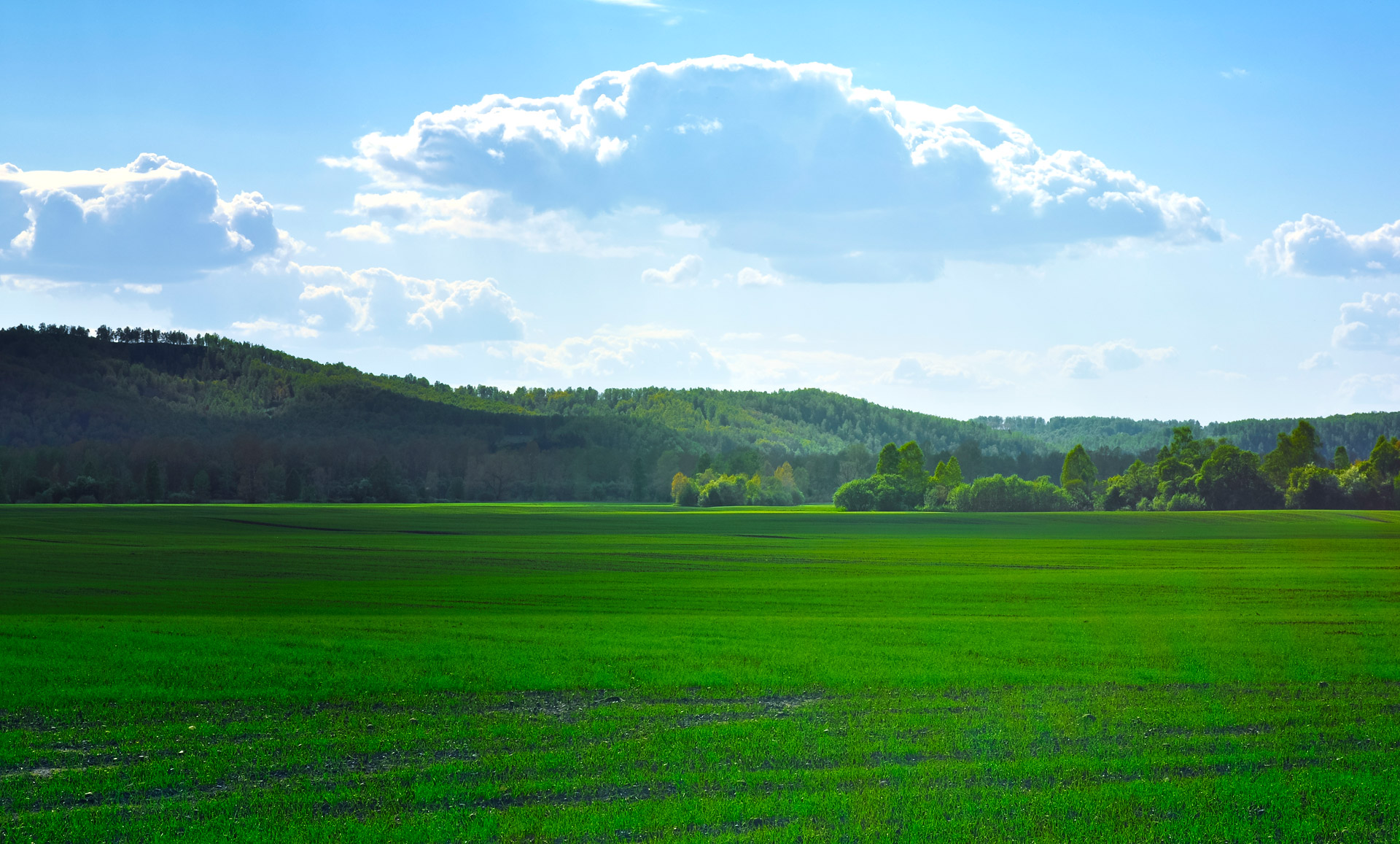 If it's just a quick throwaway, for a tutorial or proof-of-concept, I just type django-admin.py startproject and go with all the defaults. I won't need anything more than Sqlite and I definitely won't need Docker. Maybe a virtualenv and that's that.

But say it's a serious project that is likely to have legs. What does a "good" project skeleton look like?

At this point some people will recommend using a cookiecutter, and the best supported and maintained right now is Daniel Roy Greenfeld's Django cookiecutter. If you have never built a large Django project before you could do far worse than use this. It comes with some good defaults. Personally I find it a little too large, and it has a lot of artefacts I don't need, but I still use it as a reference for current thinking about best practices in Django.

I also do not maintain my own cookiecutter. I've tried a couple times, but they're a pain to maintain. You want to keep adding new things to the cookiecutter to reflect your learning in your Django projects, and you also want to keep up with latest changes in the ecosystem - for example, a best-of-breed library falls out of favour in place of the next hot thing. Over time the cookiecutter drifts away from your latest projects and thinking.

I would probably keep a cookiecutter if a) there were other maintainers who could help keep it up to date or b) I was running an agency where I make new projects every other week and a cookiecutter saves perhaps days of work each time, and there is a need to maintain a base level of quality and consistency. At present though I just start with a plain Django project and make the changes I need manually.

I have tried mypy with django-stubs, but found it a massive pain to work with due to need to run it inside the Docker container (among other problems), so I just use mypy with these settings:

Perhaps not as comprehensive as django-stubs but good enough to provide some benefit to typing.

My typical settings structure will look something like this:

Some people like to have an extra level or use a config package or something like that. Personally I dislike the extra typing that involves.

To keep settings maintainable I use django-environ to use environment variables as much as possible, and django-split-settings to keep inter-settings imports nice and tidy. For example in local.py instead of this:

Generally I avoid per-app templates, but keep the templates all in one place under the top-level directory. Keeping them in one easily-accessible place is nice and consistent, particularly if non-Django developers (say frontend people) want to work on them and don't particularly want to have to hunt around in different apps trying to find the right file (the same goes, of course, for static files).

I've gone back-and-forth on naming individual templates and subdirectories, particularly regarding partials. For a while I used the underscore convention for example _article.html as opposed to a non-partial article.html. Nowadays I prefer to move partials under an includes subdirectory and avoid the underscore naming. This is just a personal preference thing, but it avoids a directory becoming too large with similarly named files. The top level templates directory will have a "junk drawer" includes directory (in addition to specific includes for things like pagination templates) and individual apps will have their own includes:

Rule of thumb: if I have to {% include %} a template (or access it using an inclusion template tag) it goes in the relevant includes subdirectory, unless the include has a specific function like pagination, forms etc.

The dist directory contains any files generated by whatever frontend build system (django-compress, esbuild, webpack etc) such as minified/processed CSS and Javascript/sourcemap files. These days I tend to start with a more lightweight frontend but if I'm building a full SPA the static files will probably live in their own frontend directory at the top level of the project (or an entirely different repo).

I prefer Tailwind over Bootstrap, Bulma and other CSS frameworks, at least as a starter default, so I'll probably have a tailwind.config.js in the top directory as well.

Django apps are a bone of contention for even experienced developers. First of all the word "app" screams "I was a framework designed pre-2007" as the very word has changed in meaning not only in the tech world but in mainstream culture. Perhaps if Django were invented today we'd use something else; the Elixir framework Phoenix has "contexts" for example, but maybe "domains" would be more accurate (although we would then go into the weeds of Domain-Driven Development). Nevertheless, the hardest part about apps is not so much what we call them but deciding on their granularity. Some developers like to make Django more like Rails or Laravel and have a giant single app with separate packages for models, views and so on. I personally like the concept of apps though and prefer to keep them relatively small, with a few models per app.

In any case your apps will change during the lifetime of the project. However I know I'm probably going to need users and I'll probably need somewhere to put any code that's not going to fit anywhere else (or is not particularly business domain-specific): a "junk drawer". You can call your junk drawer app whatever you want, I like "common".

Some projects I've seen have an apps directory but personally I find this redundant, especially if using absolute imports. I also have a personal aversion to calling packages and modules utils: if I have a couple of functions that do networking stuff, for example, I'll make a networking module rather than keep them in a utils module.

For production I'll probably throw in:

And for local development:

I'm a big fan of pytest (I'm aware some developers are less so). But as I am, I also include these libraries:

For queuing, as mentioned, I go with rq over Celery unless I have bigger requirements, and starter projects tend to have pretty small requirements.

Regarding requirements: some people recommend splitting these up into local, production, test and so on, but I've found that more micromanagement that I like and it's easy to add a requirement in the wrong place and end up with a broken build. It's not the worst thing if your production has to install pytest libraries, for example, but you can easily miss or delete an important library from your production requirements and have everything work in your CI/CD pipeline only to have a nasty surprise at the end.

In addition I tend to use Heroku or Dokku for early-stage projects, and these work out of the box with a plain requirements.txt file.

That's not so say a more complex requirements setup is better for a larger and more complex project, but for a starter project (the subject of this article) I want to keep it simple as possible.

I've tried Poetry a few times, but in general I've found it slow and error-prone, particularly inside Docker environments. I see the appeal, and I hope to make it my go-to some day, but right now I find it more trouble than it's worth. Instead I use pip-tools to generate and update my requirements.txt file from a requirements.in file.

One other library I enjoy for local development - particularly as I tend to start with Heroku/Dokku for early-stage deployments - is Honcho. It makes it easier to add a development Procfile and wrap all my local environment into a single Docker image:

This also means I can keep my local image in a small, simple Dockerfile. This one includes both Python and frontend (Node/npm):

A more complex project might require using multi-stage builds, or multiple Docker images/containers, but again KISS is the principle until I know I need that complexity.

Note that this is a Docker set up for local development. Nowadays there are so many approaches to production deployments that it's very difficult to come up with generalized advice, especially around containerized deployments. You could go with anything from a simple PAAS deployment like Heroku, Dokku or Render up through various AWS or Google Cloud environments or a more complex multi-cloud Kubernetes-based set up (or even your own on-prem hardware), and a lot depends on requirements, experience and budget.

I typically have a top-level bin directory with simple Bash scripts to access some common things inside Docker containers:

This saves on a lot of tedious typing, so for example I can do ./bin/manage shell instead of docker-compose exec honcho ./manage.py shell.

I'll usually make a simple Makefile at some point with common things e.g.

Again, I like a smooth local development environment with minimal typing, especially for things I have to do over and over.

Source code for this article here.